…adds New Species and Updates to Some of our Most Popular Fish from Australia and Overseas.

If you don’t yet have the App, download it from the App store here. If you already use it on your smartphone, make sure you update it to get the latest on our popular seafood.

Australia’s tuna and billfish fisheries now have mandatory cameras on board to check on what the longlines are catching in addition to fish. This welcome move gets a tick for transparency, but the cameras reveal a far higher incidence of protected species being caught or killed, such as sea turtles, seabirds, and dolphins.

So if you eat tuna and swordfish you might want to think twice.

Australia’s Commonwealth fisheries are lifting their game, but still have a long way to go. It’s hard to square claims of sustainability against the new information that threatened species are still being caught and killed in fishing gear.

What’s more, this new data comes at a time when the marine park network that would have saved some of these critters is set to be slashed by the Turnbull government.

Way down south in one of Australia’s largest fisheries¹, deep in the cool dark waters off our southern coast, innovative new measures are being brought in to scare away seabirds from trawlers and stop fishing if sea lions are killed in nets. This is good progress, which we commend.

But overfished species continue to be caught, like orange roughy  –  ‘the old man of the sea’ that lives for a century or more on fragile underwater seamounts.

While some stocks are improving, almost half have declined in the last decade despite major reforms aimed at their recovery.

Australia claims to be a world leader in fisheries management, but if this is as good as it gets, our oceans are in trouble. 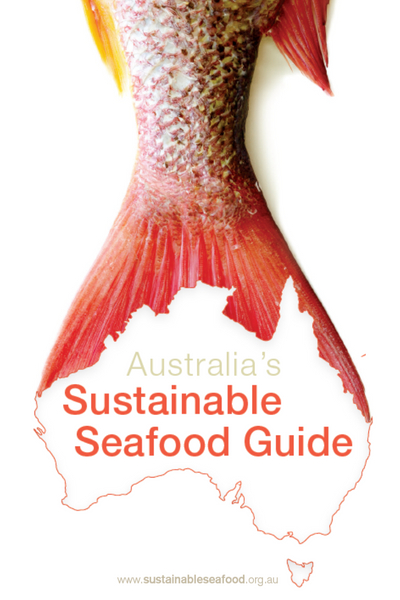 But you can help turn the tide with Australia’s Sustainable Seafood Guide.

Choose sustainable seafood and make a real difference by avoiding fisheries that harm our oceans and marine life.

Australia’s Sustainable Seafood Guide is the only consumer guide seafood-lovers can rely on for 100 per cent independent advice about the sustainability of their fish. It’s easy to use, available as an App, and it’s free!

How can we move Australian seafood from the red Say No and amber Think Twice ratings – to the Better Choice green list?

Commonwealth fishery managers have shown a willingness to adopt best-practice management measures, and we are confident that with support of seafood lovers they will address the issues we’ve identified.

We can do better than this. Australians can have thriving sustainable fisheries, robust marine parks and oceans full of marine wildlife.

The green Better Choices in Australia’s Sustainable Seafood Guide are thanks to YOU demanding sustainable seafood, and the hard work of the fishing industry, fishery managers and conservationists responding to the challenge you’ve laid down – to put seafood on our plates in a way that protects our oceans and marine life.

For our ocean’s sake,

P.S. Stay tuned for more updates rolling out over the coming months, as part of a comprehensive review of Australia’s seafood by AMCS fisheries experts. Download the app and start treading lightly today.

Who’s looking out for the Ugly stuff? We are!